This week I have two vlogs to share about the research of my two graduate students Trevor Crosby and Guolong Liang. Trevor works on use of hyperspectral remote sensing in potato N management (https://youtu.be/hEMrnqvWOh8), and Guolong works on making production recommendations about dark red kidney beans grown in Central Wisconsin (https://youtu.be/L0312gRH2PU). Another graduate student will start in September to study on use of machine learning in potato irrigation management. Stay tuned.

On July 27, we dug another 6 plants from the Plover Russet plots under different N rates.

For Plover Russet, obvious higher N rates resulted in more larger tubers that are marketable or have the potential to bulk up to the marketable size.

It is a little surprising to note that under only 40 units of N (the starter), the largest tuber reaches 9 oz, there are about 15% of dug tubers at least 4 oz, and another 50% between 2 and 4 oz that might achieve marketable size at harvest. We can see clear difference of canopy color under 40 N (left) vs. higher rate at 360 N (right).

We also dug some GoldRush under lower and higher N rates. Although our GoldRush had poor emergence issues, the plants we dug were from the normally emerged plots. 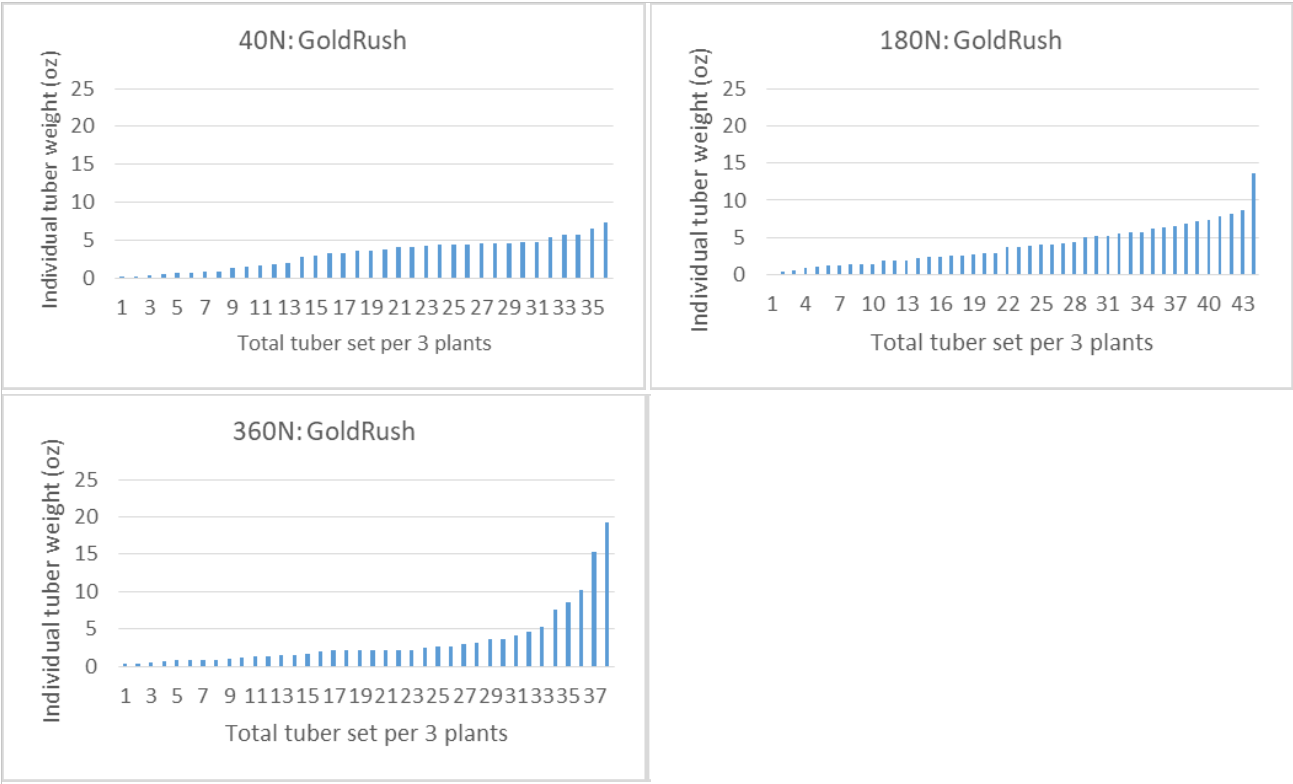 Interesting to notice that average size of GoldRush has caught up with Plover Russet (it was behind Plover R. last week), no matter what N rate it is under. 360 units of N seems to be too high for GoldRush, as we got extremely large knobby tubers under this rate (as large as 19oz). When cut open, the large tuber had no hollow heart issue. 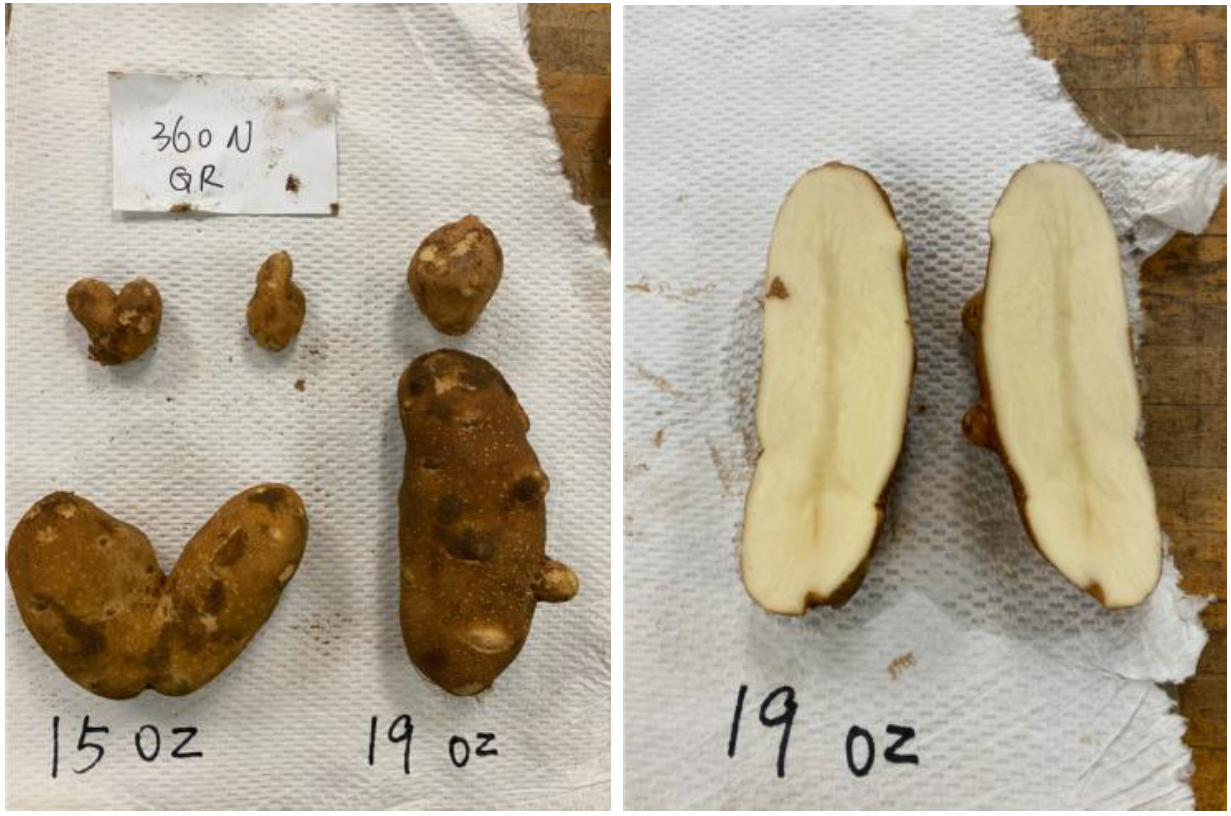 Late Blight Management: Our DSVs are reported here from emergence to August 2. Over the past week, we saw greatest accumulations in the most southern locations (on average 2 DSVs per day, whereas further north about 1 DSV per day). All plantings of potatoes in the Grand Marsh, Hancock, Plover, and Antigo areas have exceeded threshold and should receive routine (~weekly) preventative fungicide application for late blight management.

Early Blight Management: PDays are exceeding the threhold of 300 for early planted potatoes in Grand Marsh, Hancock, Plover, and Antigo areas. Totals are rapidly accumulating with higher temperatures. For more information about fungicide selections, please see the Potato section of the A3422 Commercial Vegetable Production Guide for Wisconsin, 2020. https://cdn.shopify.com/s/files/1/0145/8808/4272/files/A3422-2020.pdf

National late blight update: Potato late blight was reported in British Columbia, western Canada (Delta and Surrey) this past week on 24 July. The disease was active with pathogen growth observed on potato plants. No new reports of late blight on potato in this past week in the US, as per https://usablight.org/map/ . Previous reports documented the disease in NC, FL and AL. Where the late blight pathogen has been tested in the US so far this year, the clonal lineage has been US-23.