Results from the nitrate-N testing of groundwater at our Hancock Ag Research Station are shown below:

Again, no difference of nitrate-N level in the groundwater within each irrigation event. On July 20, we dug another 6 plants from the Plover Russet plots under different N rates. 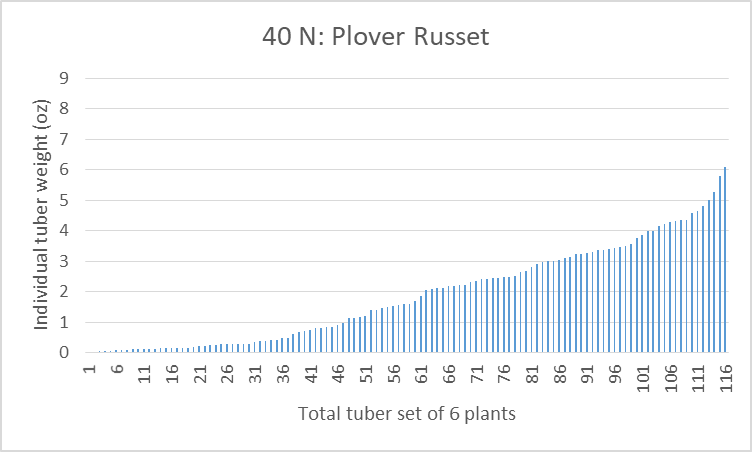 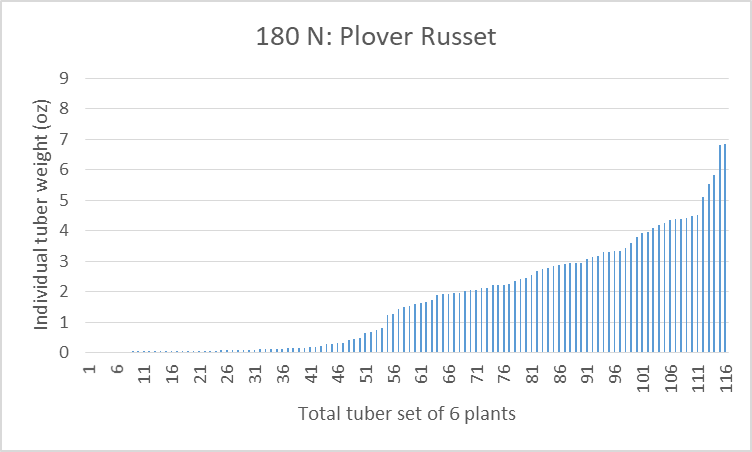 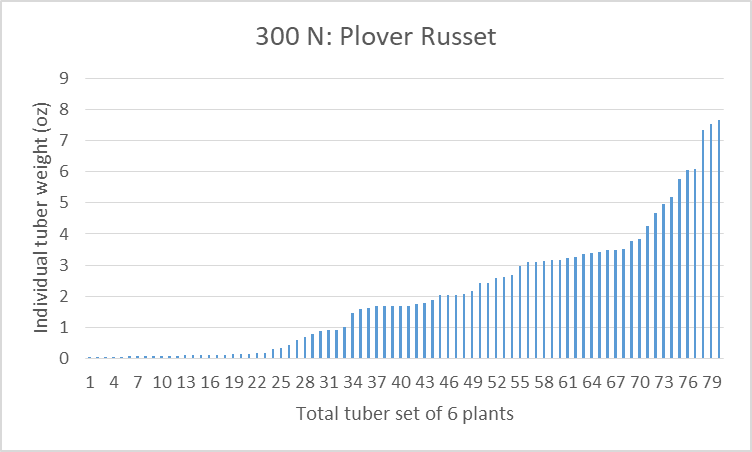 Obvious higher N rates resulted in a greater number of larger tubers and less tuber set per plant for Plover Russet. We also dug some GoldRush under lower and higher N rates. Although our GoldRush had poor emergence issues, the plants we dug were from the normally emerged plots.

Interesting to note that GoldRush is about 3oz less than Plover Russet with regard to the largest tuber produced so far, no matter what N rate it is under. This observation is consistent with grower’s observation, which indicates that Plover Russet is ~10 days ahead of GoldRush.

Unlike Plover Russet, higher N rate for GoldRush is producing more tubers per plant. It is a little strange to note that lower N rate yielded a greater number of larger tubers. We will keep updating on this in the next two weeks. 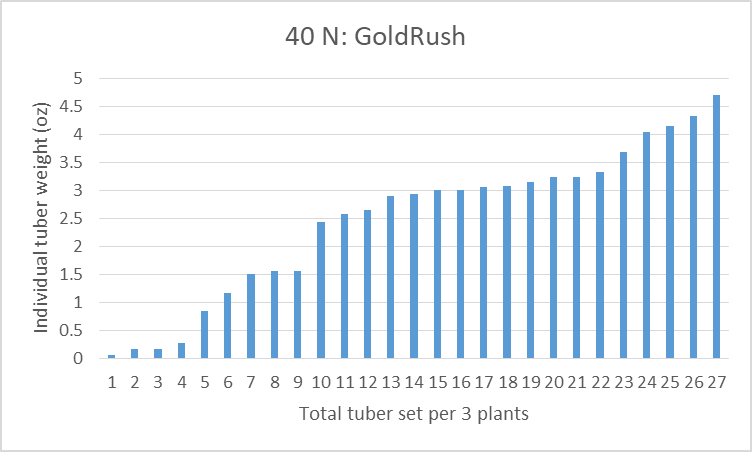 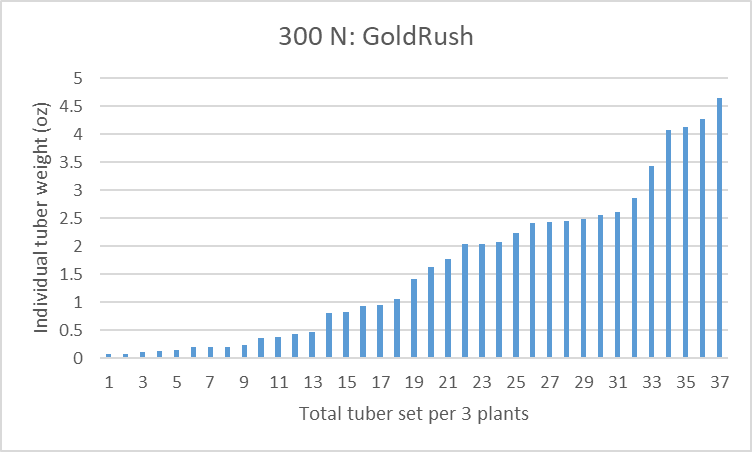 Current P-Day (Early Blight) and Disease Severity Value (Late Blight) Accumulations: (Many thanks to Ben Bradford, UW-Madison Entomology; Stephen Jordan, UW-Madison Plant Pathology). A P-Day value of ≥300 indicates the threshold for early blight risk and triggers preventative fungicide application. A DSV of ≥18 indicates the threshold for late blight risk and triggers preventative fungicide application. Red text in table indicates threshold has been met/surpassed. TBD indicates that data is To Be Determined as time progresses. Weather data used in these calculations comes from weather stations that are placed in potato fields in each of the four locations. Data are available in graphical and raw data formats for each weather station at: https://vegpath.plantpath.wisc.edu/dsv/

Late Blight Management: Our DSVs are reported here from emergence to July 24. Over the past week, we saw greatest accumulations in the most southern locations (on average 2 DSVs per day, whereas further north about 1 DSV per day). All plantings of potatoes in the Grand Marsh, Hancock, Plover, and Antigo areas have exceeded threshold and should receive routine (~weekly) preventative fungicide application for late blight management.

Early Blight Management: PDays are exceeding the threshold of 300 for early planted potatoes in Grand Marsh, Hancock, Plover, and Antigo areas. Totals are rapidly accumulating with higher temperatures. For more information about fungicide selections, please see the Potato section of the A3422 Commercial Vegetable Production Guide for Wisconsin, 2020. https://cdn.shopify.com/s/files/1/0145/8808/4272/files/A3422-2020.pdf

National late blight update: Tomato late blight was reported in North Carolina 8 days ago. The pathogen was determined to be US-23 P. infestans. No new reports of late blight on potato in this past week, as per https://usablight.org/map/ . Previous reports documented the disease in FL and AL. 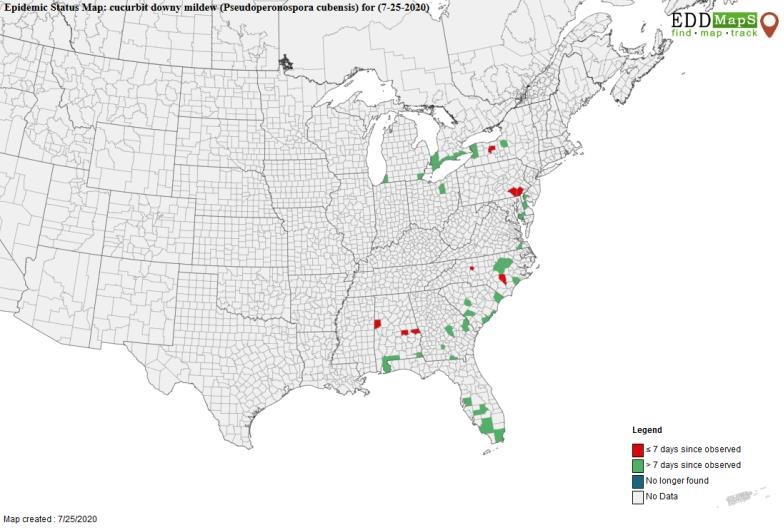