Late Blight Management: Our DSVs are reported here from emergence to August 16. Over the past week, we saw very moderate accumulations; Aug 8-10 were big accumulators with highly favorable weather for late blight. Plantings of potatoes in the Grand Marsh, Hancock, Plover, and Antigo areas have exceeded threshold and should receive routine (~weekly) preventative fungicide application for late blight management. For locations near Adams County, consideration for tightened, 5-day fungicide schedules are advisable.

Early Blight Management: PDays are exceeding the threshold of 300 for early planted potatoes in Grand Marsh, Hancock, Plover, and Antigo areas. For more information about fungicide selections, please see the Potato section of the A3422 Commercial Vegetable Production Guide for Wisconsin, 2020. https://cdn.shopify.com/s/files/1/0145/8808/4272/files/A3422-2020.pdf

National late blight update: Late blight was reported in Wisconsin on Aug 10 in Adams County on potato. The clonal lineage/strain type was US-23.  In the last week of July, late blight had been reported in the state of Washington, and it was found in British Columbia, western Canada (Delta and Surrey) about 3 weeks ago now. The site: https://usablight.org/map/ includes reports as they are submitted in the US.  Previous reports documented the disease in NC, FL and AL.  Where the late blight pathogen has been tested in the US so far this year, the clonal lineage has been US-23. 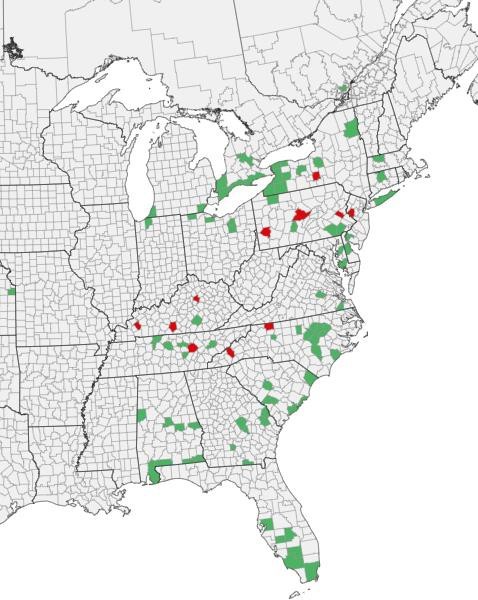